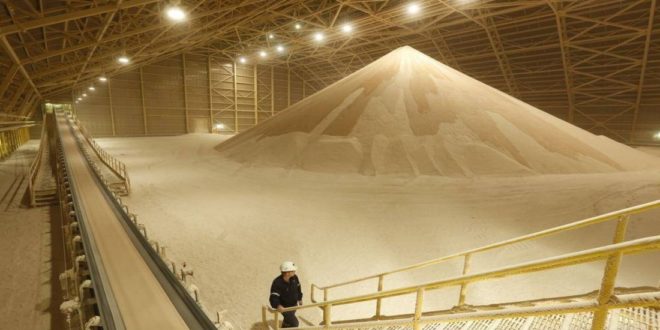 Danakali now has 36 months from the submission of a notice to start mining for its Colluli potash project.

Its notification for the completion of the project, in which some $200 m will be spent, was recently accepted by the Ministry of Energy and Mines of Eritrea (MoEM).

The Government of Eritrea has also accepted the accounting structure through which the project will be implemented. As part of the license announced today, Danakali has complied with a number of additional regulations, including the mining license and environmental protocols.

Potash contains potassium, nitrogen and sulphur which is beneficial to economic development as a crop-growing fertiliser.

“This year, the project team has made significant progress through management of DRA during Phase 1 and 2 of the EPCM works and most recently by commencing the necessary test works, enabling us to maintain forward momentum of the Project Development,” said Niels Wage, CEO of Danakali in a statement.

The Africa Finance Corporation (AFC) has with African Export-Import Bank agreed to provide $200m in senior debt finance to Danakali which is enough to see the project through to completion. The AFC also took a $50m equity stake in the project of which half has already been paid. The balance will be paid by November this year in terms of an extension agreed in June.

Share
Previous Tanzania Gold gives updates on its financials
Next Kefi on track to finalise Tulu Kapi financing by October, MRE for Hawiah next month