The Ministry of Petroleum and Mining has put out an International Expression of Interest (IEOI) for the establishment of the refinery intending to improve gold refining in the country.

The gold refinery plant, to be set up in the County of Kakamega, is a move seen to upscale the largely informal mining sub-sector.

“The aim of the project is to add quality to raw gold and improve its value through refining. Further, the project will improve the livelihoods of the beneficiary communities, regional economy and that of Kenya as a whole through the creation of direct and indirect employment opportunities,” the Ministry said in a notice on Tuesday.

The Ministry expects the refinery to serve gold miners locally, regionally and internationally.

Additionally, the project is expected to improve the social-economic status of beneficiary communities and increase revenues to both the county and national government.

While the Ministry of Mining has overtime granted gold exploration licenses to local and international companies, the gold mining industry in Kenya remains nascent and largely underexplored despite the revelation of large gold deposits in Western Kenya.

The mining of gold in the country is largely undertaken by thousands of artisanal and small-scale gold miners (ASGMs) with little skills-sets.

Planet Gold Kenya, a partnership between the Ministry of Environment and the United Nations Development Programme (UNDP) estimates the existence of about 250,000 artisanal miners in the country.

The miners, however, work in dangerous conditions that include the use of toxic substances like mercury which impact negatively on both human and environmental health.

The proposed gold refinery is therefore seen as a continuation of efforts to formalize the sector following the setup of a legal framework to govern the sector in 2016.

About one million Kenyans draw their livelihoods from artisanal mining activities with the industry being backed to contribute to 10 per cent of Kenya’s GDP by 2030.

According to data from the Kenya National Bureau of Statistics (KNBS) Economic Survey, gold production has averaged 381 kilograms per annum over the last five years.

Last year, gold production stood at 395 kilograms or an equivalent Ksh.2.96 billion in value in today’s pricing in the international market.

Earnings fetched from gold are set to be higher this year with investors increasing their holding of the precious metal amid global uncertainties on the economy.

Gold attracts stable prices over time based on uniformity in quality and its limited use in industries unlike peers such as copper and iron. 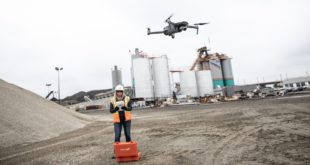