Breaking News
Home / Business / SGS-Lakefield is on the verge 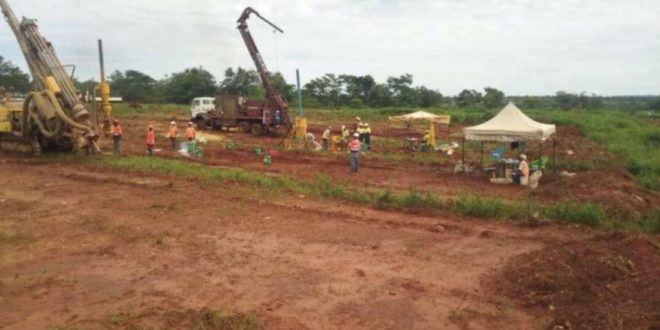 SGS-Lakefield is on the verge

Evans May 12, 2020 Business, News, Tanzania, Top Stories Comments Off on SGS-Lakefield is on the verge 185 Views

SGS-Lakefield is on the verge of commencing its comprehensive metallurgical testing at Tanzanian Gold Corporation’s Buckreef gold project, the aim of this is to finalise a flow-sheet for the design of a large gold processing plant that will be the basis for the final feasibility study of the Buckreef project.

In March 2019, Tanzanian Gold Corporation announced a doubling of its mineral resource at Buckreef. Given this robust increase, the company has proposed a preliminary design criterion for the sulphide plant to treat up to 3 Mtpa, which is approximately three times more than the amount processed by the plant that was the basis of the June 2018 pre-feasibility study.

The company believes that the new sulphide processing plant could produce in the range of 150 000 to 175 000 ozpa.

The company has shipped fresh core from three metallurgical test holes drilled last year to the SGS Lakefield site to confirm a conceptual flow-sheet that includes either gravity separation with gravity tailing cyanidation, or gravity separation, followed by sulphide flotation of the gravity tailing, with regrinding and cyanide leaching of reground sulphide concentrate along with possible leaching of flotation tailing.

These flowsheets constitute low cost and attractive alternatives for the Buckreef project.

The current round of testing is expected to take approximately five to six months, following which some additional sampling and variability testing may be required that would arise from the design of a new open pit which will be initiated shortly.

James MacDonald, Senior Metallurgist from SGS has reviewed historical reports and recommends the flowsheet testing options based on that historical review.