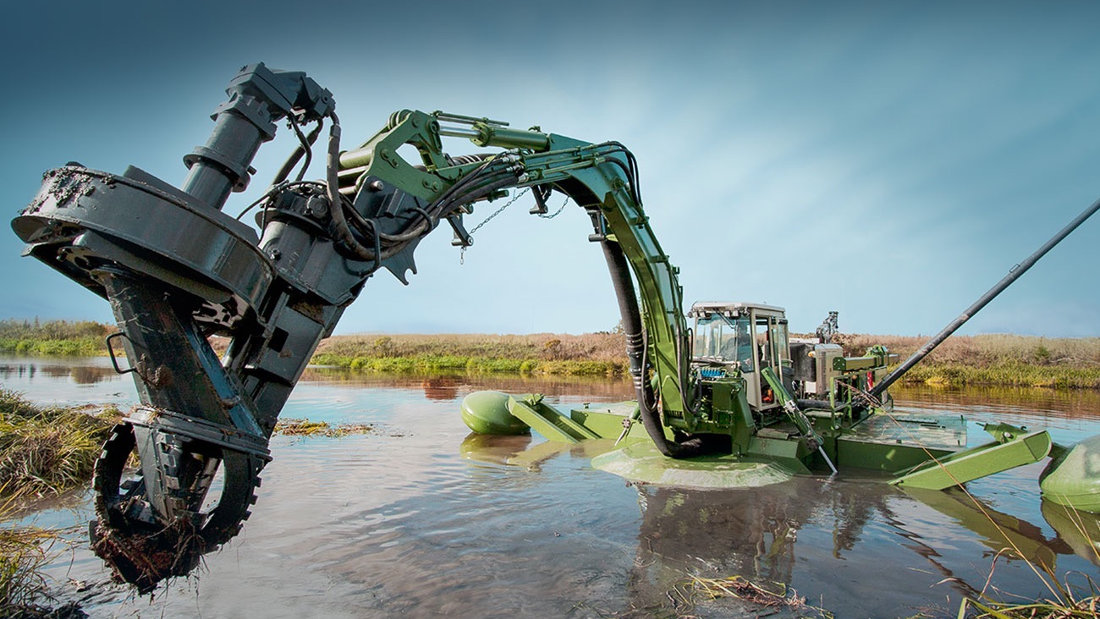 Dredging made easy with Watermaster

“Because of the interest from the African mining industry in the Watermaster, we expect to expand further on the continent as this market develops,” says Vuokko Laurila, Regional Manager for Watermaster in Southern Africa.

Watermaster dredger can be applied in various mining applications including slimes and sediment removal in process water ponds, the recovery of valuable materials in tailings ponds and for general tailings ponds maintenance.

The Watermaster’s versatility and efficiency ensures the overall efficiency of the mine waste water treatment, contributing towards the smooth operation of the entire mining operation.

Manufactured in Finland by Aquamec, there are over 300 global installations of the Watermaster in 70    countries including African continent where 47 units have been sold.

The first generation machine, the Watermaster Classic I, was introduced to the market in 1986 and has since undergone several improvements.

A fifth generation machine – the Watermaster Classic V – was  launched in 2017, with a powerful suction dredging capacity.

The amphibious Watermaster is uniquely versatile and mobile and is specified for use in all shallow water work from dry ground to up to 6.3 m deep.

The compact sized machine is easily transported as a complete unit. It unloads by itself from the trailer and walks independently into the water without crane assistance by using its tilting rear stabilizers and excavator arm.

In water, the Watermaster dredger uses its propulsion system for cruising. In shallow waters, it moves by dragging itself using its excavator arm.

Watermaster’s own state-of-the-art Cutter Pump is an essential part of the Watermaster concept. It enables 50% to 100% more effective pumping time compared with traditional dredging machines which have a stiff suction pipe covering only very narrow areas from one position and needs to be repositioned often, making the dredging work very slow and costly.

The Cutter Pump uses a strong, flexible excavator arm and independent anchoring system with four tilting stabilizers, which allows the Watermaster to efficiently cover a large area from each position and can cover an area of over 90 m2, with a swing angle of 180 degrees.

The Watermaster is also able to reposition itself quickly which means that over 96% of the total operation time is available for productive work and less than 4% goes to repositioning the machine; and it is ready to start working immediately after changing the position.

“The multipurpose Watermaster does the work of several different machines, thus reducing an operation’s overall investment and operational and maintenance costs” Vuokko Laurila

The submersible Cutter Pump can be used in very shallow waters or even when the machine itself is on dry land, compared with conventional dredgers which cannot submerse the pump or pump in shallow waters.

The Cutter Pump includes two cutter crowns for use in different soils and a patented integrated vegetation cutting knife system. The attachment has a maximum pumping and discharge distance of up to 1.5 km without the need for any booster pumps and a pumping capacity of Watermaster Classic V is 900 m3/h, which is significantly more efficient when compared with conventional machines.

When suction dredging using the Cutter Pump, the materials can be discharged either using a spray pipe or by using a discharge pipeline.

The Watermaster dredging solution can also effectively be used with dewatering bags, supplied by several manufacturers worldwide. Dewatering bags provide an effective alternative to mechanical processing that enables the capture of precious metals and the efficient management of mine tailings and other mine waste streams. The Watermaster is able to pump the materials into the bags, which then dewater the materials.