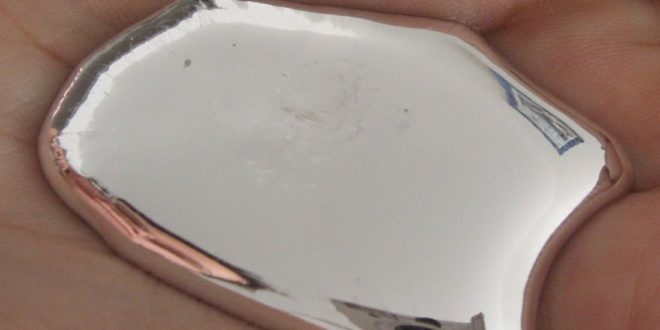 A report by the International Union for Conservation of Nature (IUCN) has revealed that the artisanal and small-scale gold mining sector are the force behind the flow of trade in mercury, this is despite the heavy metal’s risk to health and environment.

The report titled “Opening the black box: Local insights into the formal and informal global mercury trade revealed” and released in mid-April report that to keep these dealings going, and feed its appetite for mercury—which is perceived as a cheaper and quicker method, especially for individual players—the sector has resorted to secrecy and corruption.

It also reveals that most of the mercury imported into the region ends up in the mining industry, where its use is prohibited.

“Although non-extractive consumption accounts for the majority of the inventoried imports, the stable availability of mercury within the local artisanal and small-scale gold mining (ASGM) sector is suggestive of a prevailing unofficial market,” said researchers, who in 2019 mapped formal and informal mercury import and export in East Africa, with a particular focus on identifying illicit trade routes, trade hubs, price and quantity patterns, and key players.

Data on formal mercury trade in East Africa is based on national statistics reported to the UN Comtrade and Trade Map.

Most of the mercury is reported as going into industrial use by 31 chemical companies in the region: 16 in Nairobi and Mombasa in Kenya, nine in Dar es Salaam in Tanzania and six Kampala in Uganda.

However, attempts to reach these companies was unsuccessful as the available telephone contacts went unanswered.

Mercury has become an increasingly controversial commodity in the face of the Minamata Convention, which entered into force in August 2017 and sets out several measures to control the supply of and trade in mercury including the regulation of the informal sector of ASGM, which is the single largest source of mercury emissions, not just in East Africa but globally.

All three countries are signatories to the Minamata Convention, a global treaty that aims to protect human health and the environment from negative effects of mercury.

Only Uganda has ratified the convention (March 2019). The statutory scheme, as it stands, does not prohibit the import of mercury but mandates clearance protocols for mercury imports associated with local industries such as ASGM, agriculture and cosmetics.

In 2015, ASGM emitted an average of 838 tonnes of mercury– or 38 per cent of all sectors’ emission– followed by the stationary combustion of coal power plants with 13.1 per cent and cement production with 10.5 per cent.

Mercury for usage in ASGM, misdeclaration, smuggling and bribing are common in the trading networks with multi-layered cartel-like structures being well established and generally operating in secrecy,” said senior expert on ecosystems and extractives at IUCN NL, Mark van der Wal.

The investigators who followed the mercury routes through the various trading hubs to the ASGM sites, unearthed a web of schemes employed by traders to under-report amounts imported resulting in varying data.

For example, at the international level, there are discrepancies between the data reported to Trade Map and that reported to UN Comtrade.

“This could be due to mercury export bans in the EU and US thus the exporters intentionally do not report mercury exports,” said the experts in their report.

Mercury is ubiquitously used in gold concentrate amalgamation around the world. At least 20 million people in the ASGM sector use it on a daily basis to capture gold from the ore, making this technique of gold mining one of the largest contributors of mercury emissions and pollution.

About 98 per cent of all ASGM operators in the region use mercury. Up to one million Tanzanians, 140,000 Kenyans, and 31,622 Ugandans are directly involved in ASGM work.

For the past eight years, Kenya imported an average of 19,070kg of mercury compared with Tanzania at 2,821kg Uganda at 123kg.

“There is a clear indication that especially part of Kenya’s officially imported mercury intended for industrial use is redirected to the ASGM sector,” said the report compiled by the Centre for En­vironmental Justice and Development in Kenya, Africa Centre for Energy and Mineral Policy in Uganda and a third partner in Tanzania that did not want to be made known due to fear of perse­cution.

Investigations found that large-scale informal mercury importers and gold dealers in the three countries create pri­mary and secondary supply flows un­der the pretext that it was for industrial, medical use, and had links with down­stream level wholesale and retail mer­cury dealers consisting of gold brokers and local dealers who then distribute the mercury to the ASGM operators.

“In Kenya, mercury is formally im­ported for industrial use, mostly through the port of Mombasa. Howev­er, large quantities of this mercury end up being diverted to the Kenyan ASGM sites as well as Tanzania (through Sir­are and Namanga borders) and Ugan­da (through Busia and Malaba borders), going as far as DRC, Burundi and South Sudan,” said the report.

Tanzania is said to use the most mer­cury in gold harvesting at up to 50 tonnes every year, Kenya and Uganda only use about six tonnes per year.

“The mercury trade network being very secretive and suppliers typically only selling it to familiar buyers, contin­ues to give most miners access to mer­cury,” said the researchers in their re­port. This is in spite of training and ini­tiatives by non-governmental organisa­tions encouraging miners to adopt mer­cury-free extraction alternatives.

There have been several initiatives to reduce mercury usage in East Afri­ca, notably the Global Mercury Project around 2006-2008, a very limited num­ber of people use retorts, a device that even though still using mercury, cap­tures 75 to 95 per cent of mercury for reuse.

“Most people working within ASGM are aware of the hazards and either choose to run a calculated risk or mit­igate this risk by burning the amalgam in open air,” noted the researchers.

“In spite of introduction of mercury-reduc­ing devices such as retorts they have continued extracting gold with mercu­ry.”