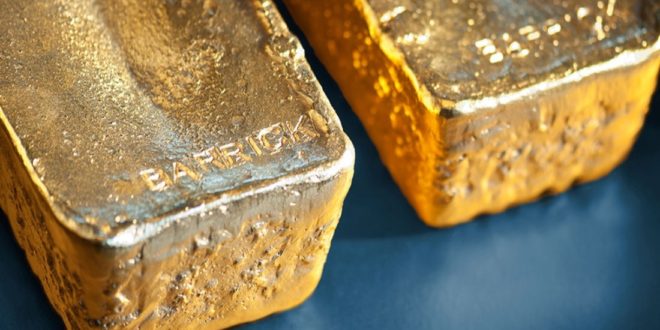 The shipment is the first after the lifting of a government ban imposed during a tax dispute with the mining company.

The dispute originally involved Acacia Mining, which was taken over by Barrick last year. The Tanzanian government imposed a ban on exporting mineral concentrates in 2017 after accusing Acacia of tax evasion.

Tanzania said it would lift the ban on January 24 when the two parties signed a deal in which the government took a 16 per cent stake in Twiga Minerals – a new joint venture managing Barrick’s three gold mines.

“In terms of its framework agreement with the government, the shipping of some 1,600 containers of concentrate stockpiled from Bulyanhulu and Buzwagi resumed in April and the first $100 million received from the sale has gone to the government,” Barrick said in a statement on Monday.

“This initial payment will be followed by five annual payments of $40 million each.”

The deal to end the dispute included a settlement of $300 million to be paid by Barrick to the government.

Earlier on Monday Simon Msanjila, permanent secretary at Tanzania’s ministry of minerals told Reuters that Twiga has been allowed to export the gold.

Barrick CEO Mark Bristow told Reuters on January 27 that the gold to be exported was worth between $260 million and $280 million.

The more than three-month wait to export the containers has played in Barrick’s favour, given that the price of gold has climbed by about 9 per cent since the end of January, with investors buying the precious metal as a safe-haven asset as the coronavirus pandemic spreads.

Barrick also said that 90 per cent of outstanding land claims at its North Mara mine have been settled, with payment scheduled to start on Monday. The North Mara mine has been hit by disputes pitting the community against the mining company.