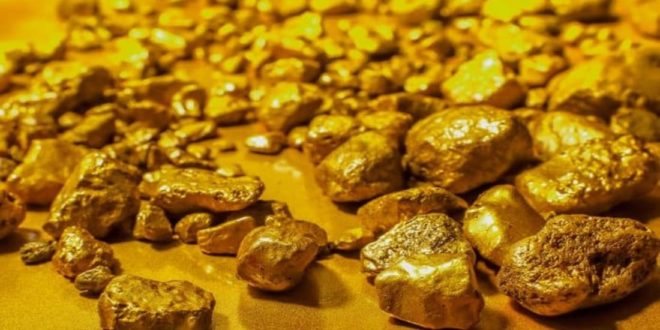 Grace Kisembo January 10, 2020 Business, Features, News, Tanzania Comments Off on Gold exports from Tanzania rise 42% in year to November on the back of higher pricing 584 Views

HIGHER pricing and an increase in volumes saw Tanzania’s earnings from gold exports rise 42% in the year to November; this is according to an online news source.

Citing the east African country’s central bank, the newswire said gold exports rose to $2.14bn in the year to November from $1.51bn during the same period in 2018. Tanzania is Africa’s fourth-biggest gold producer after South Africa, Ghana and Mali.

“The increase in volume exported is partly associated with government actions to effectively manage mining activities in the country,” the bank said, without giving details on the volume exported. Total exports rose 12% year-on-year to $9.53bn in the year ending November, claims the online source.

The bank said earnings from tourism, another major foreign exchange earner, rose to $2.52bn in the year to November from $2.45bn in the same period a year earlier.

Tanzania’s minerals legislation has been altered in the last two years to allow for greater state equity participation as well as increases in levies and taxes. The Tanzanian government, led by President John Magufuli, has also recently emerged from a bruising conflict with the former Acacia Resources over unpaid tax allegations.

After having had a large portion of its gold production blocked by the Tanzanian government, Acacia Mining was eventually taken over by its majority shareholder Barrick Gold which has subsequently agreed a joint venture with the government.