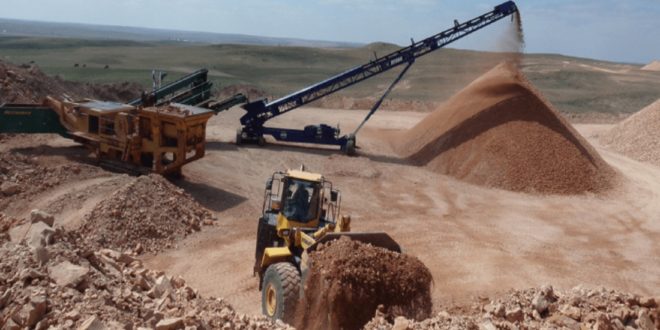 Despite the recent presidential directive to the Minister of Water and Environment to clear all wetlands, riverbanks and lakeshore of encroachers sand mining seem to have resumed on the shores of Lake Victoria.

The mining site, at Buwaya-Nakiwogo in Wakiso District, is said to be owned by a businesswoman in Bugolobi, Kampala.

It is reported that dredgers were seen recently scooping sand to the shoreline and two excavators loading it on trucks.

Mr Matia Lwanga Bwanika, the district chairperson, said his engagement with the executive director of the National Environmental Management Authority (Nema), Dr Tom Okurut, revealed that he was aware of the mining.

“He told me they are aware of this group even in Mukono District but when they tried to involve the Nema police, they were unsuccessful. Now they are planning to involve the army but I don’t know when,” he said.

When contacted Dr Okurut acknowledged the development and said he would address the public when he gets all the details.

“We are aware of the site. Some action is being taken and we will address the public on Monday,” he said.

Mr Bwanika said they had sought the intervention of Mr Noah Njuki, the Resident District Commissioner of Entebbe.

“He is also aware and said it involves big wigs in politics. I then requested him to give me company as head of security and he said he is going to first call the Minister for Security and we go there maybe tomorrow (Monday),” Mr Bwanika said.

In an April 21 communication to the Minister of Water and Environment, President Museveni also ordered the expulsion of local leaders, specifically parish and sub-county chiefs, who do not take action against encroachers.

“They are conscious liars and must be removed,” Mr Museveni wrote.

The President also said the removal of encroachers should extend to forested areas.

“I am, therefore, directing you to remove all people on the wetlands, shorelines, river banks and government forests except the historical ones in Busoga-Bukedi and Kigyezi that were misled by earlier governments,” he added.

Dr Fulgencio Kayiso, the programme manager, research, documentation and strategic information at Inter-Religious Council of Uganda, said mining leads to the removal of channel substrate, re-suspension of streambed sediment, clearance of vegetation and stockpiling on the streambed.

Other mining activities around Lake Victoria in Wakiso have been halted following the intervention of Mr Matia Lwanga Bwanika, the district chairperson.

However, there still remains some activities at Zziba, Lugumba, Kayeri and Kitubulu areas. In March 2017, Mr Bwanika confronted Chinese miners who questioned his authority to halt their activities. Sand mining is also reported in Buikwe, Mukonoi and Mpigi.