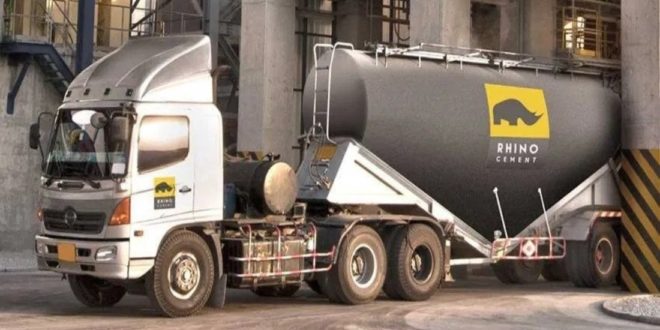 ARM look to dispose of its Rwanda, SA subsidiaries

Athi River Mining (ARM) is reportedly seeking to dispose of its Rwanda and South African subsidiaries to pay off $284 million owed to creditors.

The troubled cement maker has a mountain of debts owed to creditors in Kenya ($170 million), Tanzania ($110 million) and Rwanda ($4 million).

Administrators of the cement processor last year sold its flagship Kenyan business to a family-owned conglomerate, Devki Group, for an estimated $50 million.

Sale of the Tanzanian subsidiary to a Chinese group is also underway.

The Kenyan market regulator, Capital Markets Authority (CMA), on May 8 extended the trading suspension of its stock on the Nairobi NSE indefinitely, effectively paving way for its delisting once the share sale transactions are concluded.

ARM was put under administration by the United Bank of Africa (UBA) over loan default on August 17, 2018.

It has failed to recover from financial bruises afflicted by mismanagement and tough competition.

“There are still a few precedent conditions pending and we continue to engage with relevant stakeholders with a view to fulfilling the same and progressing completion of the transaction at the earliest opportunity,” said Mr Weru.

“Proceeds of the transactions will first be used to settle all of the liabilities of Maweni before the balance, if any, is repatriated to Kenya for distribution to the creditors of ARM in accordance to the provisions of the Insolvency Act of 2015,” added Mr Weru.

The administrators are also seeking to resolve a dispute with minority shareholders relating to the firm’s South African subsidiary.

The South African business is a dormant entity, according to the administrators.

In Rwanda, the administrators are pursuing a potential sale transaction of ARM’s grinding plant — Kigali Cement plant in Nyarugenge District — that is owned by ARM’s subsidiary in Rwanda (Kigali Cement).

“The proceeds from the transaction are unlikely to sufficiently cater for all the liabilities of that subsidiary and remain for distribution to ARM creditors,” said Mr Weru.

“So, considering Kenya fetched $50 million and Tanzania $116 million there will be a substantial shortfall to creditors. Payment to creditors is based on recoveries as per the Insolvency Act.”

The new Insolvency Act, 2015 was enacted with the aim of rescuing insolvent companies through administration, as opposed to liquidation.

Whereas previously, a company could be wound up immediately it became insolvent, the Insolvency Act now gives the company an opportunity to operate as a going concern and not necessarily engage in the sale and realization of its assets as a primary option.

Since then the CMA has extended the suspension of the stock on the Nairobi bourse several times before deciding to defer it indefinitely.

According to court documents dated September 16 2019, the joint administrators were appointed after ARM defaulted on the payment of its financial obligation to UBA Bank Ltd.

At a meeting of the company’s creditors dated October 23 2018, the creditors approved the administrators’ proposal to undertake a process of identifying strategic investor (s) in the firm with a view to selling all or some of the assets of the company.