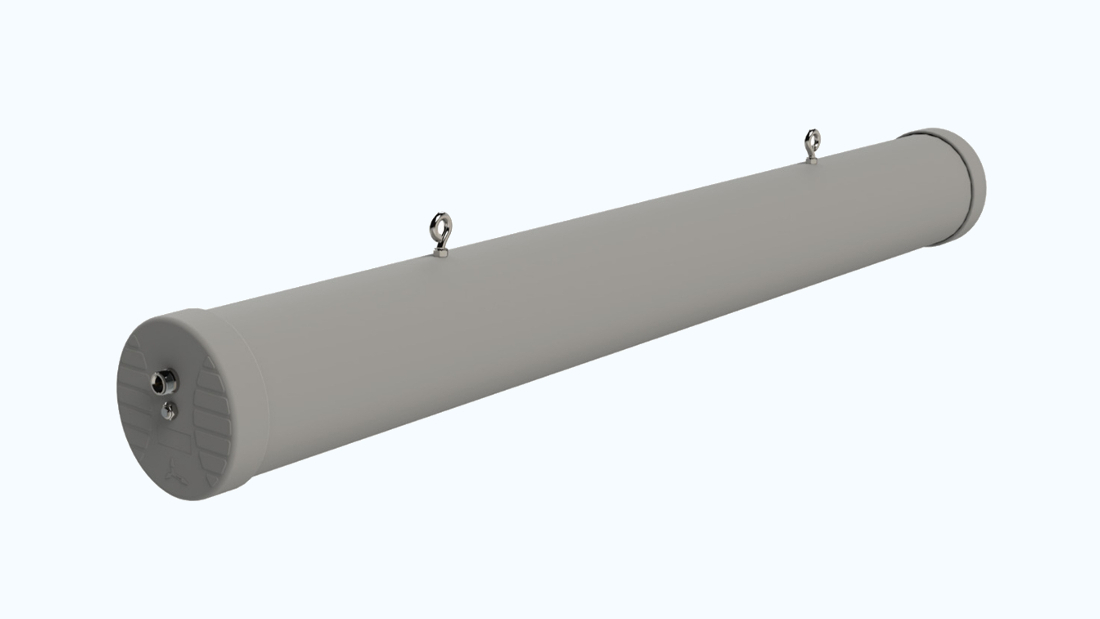 Poynting has a complete WiFi and cellular range of antennas which are supplied locally and internationally. Of particular interest, is the circular polarised helical antenna range used in mines and tunnels called MinePoynt antennas

These antennas are specifically designed for mines and tunnels, as the circular polarisation has proved to significantly enhances RF propagation abilities in these intense conditions. Numerous customer tests in mines have been performed over the past 10 years showing MinePoynt antennas to achieve ranges 3x to 4x those obtained with a similar gain linear polarised antenna. Some initial tests in a South Africa coal mine demonstrated a person 1.2 km away from the access point fitted with a HELI3 MinePoint making perfect VoIP calls using a handheld WiFi phone. Customers reported numerous other tests done in SA gold mines and various Australian mines with similar performance.

Poynting’s MinePoynt look like narrow cylinders with various lengths and hence can be installed virtually against the tunnel roofs or walls while having minimal impact on tunnel cross sectional area while offering the best WiFi propagation for varying tunnel topologies, metal clutter and working vehicles which normally attenuate the signal significantly when using normal antennas.

The MinePoynt antennas are specifically ruggedized for mines and also provide the ‘Intrinsically Safe’ (IS) version, which have a special coating to prevent static build up on the antenna. The IS antennas are certified to be used in fiery mines in SA and Australia. Poynting also manufactures omnidirectional antennas for use in areas closer to the workface.

Poynting has sold several thousands of these antennas and are covering more than 5000km of mining tunnels in South Africa, Australia and other regions. This antenna is also suitable for other types of mines, as well as automotive and marine tunnels.

The most famous application of the Poynting antennas were the requirements for the Swiss Tunnel project.

The Gotthard Base Tunnel, the world’s longest and deepest train tunnel through the Swiss Alps, makes exclusive use of South African antenna technology from Poynting Antennas to ensure a seamless digital communication service underground over a route length of more than 57km.

The R130 billion-project was completed in 2017 and consists of two single-track tunnels connecting Switzerland with Italy, as part of the so-called New Railway Link through the Alps. Furthermore, Poynting offers a suite of 5-in-1 MIMO LTE/WiFi antennas (with GPS) for use on the mining vehicles and IoT applications.

Poynting Antennas has years of experience with the supply of antennas for communications and enhanced data transfer. The MinePoynt and related family of antennas are developed specifically for tunnels and mines. These antennas operate in hazardous mine tunnels where performance and safety are essential .