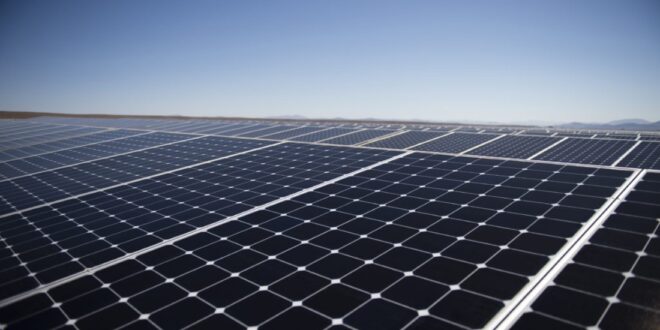 According to solar trade body the Africa Solar Industry Association (AFSIA), Plans for a huge renewables-powered green hydrogen project in Botswana and Namibia have been expanded fourfold, from 1GW of generation capacity to 5GW.

The project, in Southern Africa, was among the examples cited by the trade body as evidence of a strong large scale solar pipeline on the continent when AFSIA chief executive John van Zuylen hosted a webinar on Thursday to present the organization’s annual report for 2021.

Van Zuylen also pointed to the launch of a 1GW solar project in Algeria last year, which is set for development this year, and to plans for five projects in South Africa with a total generation capacity of 975MW.

The chief executive said the share of new global solar capacity claimed by Africa last year fell to just 0.5%, from 3.1% three years earlier, but highlighted encouraging developments in the commercial and industrial, mini-grid, and solar home system (SHS) segments of the market.

Kenya is leading the charge in the, typically single-panel SHS household solar market, at the head of strong East African regional activity but West Africa also recorded strong figures last year, according to AFSIA, with 20 million SHS units operating in Africa in 2021, to the benefit of 100 million people.

Although the size of the systems sold was smaller than in the previous year, more units were shifted and there was increasing adoption of such small scale solutions to power irrigation and cold storage, according to the trade body’s annual report.

While pv magazine has previously highlighted the effect of more expensive solar equipment on the African market, cheaper energy storage technology and the freer availability of finance helped fire a booming commercial and industrial solar market last year, according to AFSIA.

Uganda, Sierra Leone, and Nigeria boasted strong mini-grid markets in 2021, even if only 49MWp of generation capacity was provided by such off-grid networks across the continent during the last 12 months. AFSIA pointed out there is still a gap between project announcements and delivery and added only around 30% of the mini-grid projects announced in 2020 materialized.

The solar industry membership body reiterated the suggestion Africa should consider harnessing the green hydrogen output which could be offered by the rich renewables potential of countries such as Algeria, Namibia, and South Africa to establish domestic ammonia and fertilizer industries, rather than just preparing to export the clean hydrogen used to manufacture such commodities.

In terms of the outlook for solar in Africa this year, AFSIA chief executive Van Zuylen highlighted the growing demand for PV from mining and telecoms businesses in the continent, and pointed to better enabling legislation which is expected, such as streamlined permitting rules in South Africa.