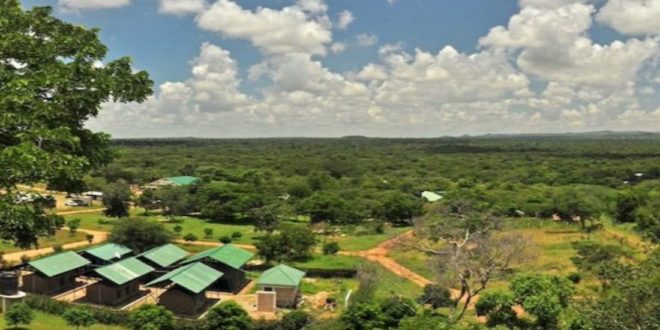 Following the most recent drilling in the Lihranda corridor at Isulu, large-scale gold mining in Western Kenya could begin next year. Additional visible gold has been identified in seven unique intersections, according to Shanta Gold, the company doing the exploration.

The gold explorer said the results were reached after a drilling exercise across 11 holes conducted in March this year, as efforts to start mining intensified upon completion of the three infill drilling phases by the end of this year.

The mineral deposits that are estimated at 1.31 million ounces is valued at Sh164 billion, with the mining period expected to last approximately 10 years.

“Visible gold was identified in seven different intersections across 11 holes that were drilled. The true width of mineralisation is estimated at approximately 60-70 per cent of the intercept core length,” Shanta Gold said through in a status update on the project.

The firm said the results of the March drilling exercise exceeded the expectations that had been estimated at 10 per cent of the total NI43-101 inferred resource.

The exploration firm indicates that the ongoing drilling exercise at Isulu and Bushiangala deposits is aimed at upgrading ounces from the project’s NI43-101 compliant inferred mineral resource estimate into the indicated resource category down to a depth of 600 metres across three drilling phases.

The first phase of drilling is scheduled to be completed at the end of June 2021.

Shanta Gold expects to complete another 63 per cent of total planned drilling at Western Kenya by the end of this year spread over three phases.

“These new intercepts verify the current model and can be linked with other high-grade intercepts nearby, indicating that exceptionally high-grade shoots should be present not only below the 400m depth, as previously thought but also at the higher levels of the deposit,” said Shanta CEO Mr Eric Zurrin.

He went on: “Current drilling has also discovered an up-dip extension of the additional parallel zone, which was previously modelled only at deeper levels. Results so far have been strong with some intersections demonstrating remarkably high grades and we look forward to updating the market on ongoing performance in due course.”

Mr Zurrin said they will soon be transitioning into phase two drilling as well as expanding their exploration drilling to regional high priority targets across our portfolio of 1,162 square kilometres licenses at West Kenya.

This, Shanta Gold adds, is aimed at verifying the extent and geometry of the known mineralised zones developed for the current resource model.

Elsewhere, a team from the Kakamega County government has planned visits to gold mining sites in the region to come up with a report on safety guidelines.

The move is expected to culminate in the mapping of mining sites in the region which are considered death traps for thousands of artisanal miners who depend on the activity for a livelihood.

Mr Evans Masachi, the County Director for Mineral Production and Value Addition, said the team will hand over the report to the Geological Society of Kenya to undertake the mapping exercise.

“We are currently undertaking a visit to the Bushangala mines to conduct interviews with the artisanal miners and later prepare a report which will form a basis for the mapping exercise of all the mining sites,” said Mr Masachi.

The mapped up mining sites will then be gazetted as part of the wider plan to regulate activities of the villagers engaging in mining activities for an income.

The latest move is coming weeks after five people were killed after a section of an underground tunnel they had dug up collapsed and buried them during heavy rains.

The five were among 16 miners who had gone underground. The incident left 11 other nursing injuries.

According to Western Region Mining Officer Samuel Too, Kakamega County has more than 80,000 artisanal miners.

In Kakamega South Sub-County, much of what was family land has been turned into mining sites, with mines that are up to 150 feet deep, turning them into potential death traps for miners.

At the same time, Deputy Governor Philip Kutima said plans by the national government to construct a gold refinery in the county will help boost economic activities in the region.

He said mining requires a proper framework and added: “With this factory in place there, will be measured to ensure artisanal miners are sensitised and equipped to avoid accidents while working in the mines.”

The refinery is to be set up on the 10-acre parcel of land at Iguhu.