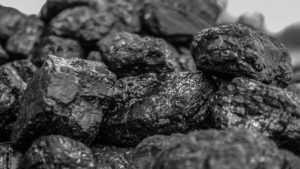 Kenya has blocked the construction of a coal plant along the country’s idyllic coastline.

The station was to burn coal imported from South Africa, and would have been the first country in the region to establish such a fossil fuel plant.

The National Environmental Tribunal’s decision was embraced by activist in Nairobi at the order halting the $2 billion (1.7 billion euros) fossil-fuel project championed by the Kenyan government from proceeding.

The tribunal also ruled that the public had been inadequately consulted about the initiative, which has been in the planning stages for about six years and resisted along the way by activists and local communities.

Government says the project — a joint venture between a Kenyan firm and Gulf Energy — will help secure energy needs and spur growth in the region’s most dynamic economy. Construction was to be carried out by China Power Global.

However, campaigners argue the scheme is costly, damaging and out of kilter with the global switch towards renewables, which are safer and increasingly cheaper.

Scores protestors against the project financed by China, have also raised concerns over Kenya’s rising debts.

Experts also raised issues with the project, with some independent studies warning power generated at the plant would be far costlier than anticipated.