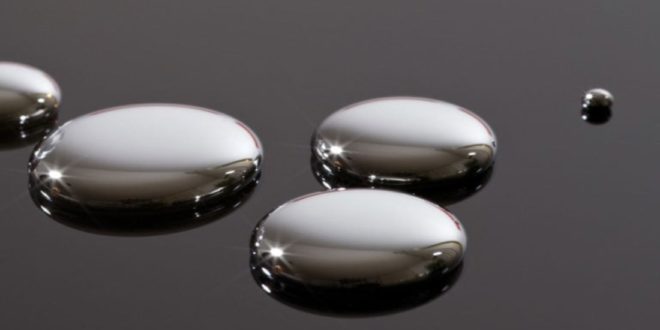 Mercury use in artisanal and small-scale gold mining hazardous, health effects on vulnerable populations is significant-WHO

At his home near the Mikeyi gold mines in Migori County, John Ochola vigorously swirls the silver-metallic syrupy liquid on a half-litre plastic water bottle.

Once the liquid has settled, Mr Ochola pours it into smaller glass bottles that were previously used for cough syrups and seals them tightly.

Miners have no choice but to buy it because it is the only chemical used in extracting the elusive gold.

“It is effective and can always be used,” he explains, pointing to the bottle during an interview

According to Mr Ochola, 250 millilitres of mercury, the size of half the average packet of milk Kenyans buy from shops, can extract up to half a kilo of gold, making the chemical highly sought-after by gold miners across the county, though it is illegal in Kenya.

The fluctuation in mercury prices, dictated by black market mechanisms, is the main indicator of gold pricing, in addition to the world market in a sector that employs over 250,000 in Kenya.

“The chemical, although controlled in Kenya, is key in gold extraction. I buy it in bulk, either in Kisumu or Migori town, and then sell it to small-scale miners. Big-time players smuggle it from Tanzania,” Mr Ocholla says.

But this same chemical has serious health implications when it gets into contact with open wounds and is the major cause of cancer among women miners.

Mr Ocholla says he did not know its health implications until one of his clients was diagnosed with a “terrible and disturbing skin infection”.

Sadly, he explains, it is mostly women who get into direct contact with the chemical.

“Since they cannot go underground to extract the gold-rich ores, they are either involved in opencast mining or leaching, which exposes them to the chemical,” he explains.

A majority of the women miners lack protective equipment, often handling the chemical with their bare hands and breathing in the gas during gold refinery. This puts them at great risk.

Over the years, mercury control has been hampered by inadequate personnel, lack of information on actual quantities and sources of mercury, as well as low levels of awareness on mercury use among artisanal miners.

A kilogramme of mercury costs between Sh20,000 and Sh25,000, with the price shooting by a triple margin whenever there is high demand.

Mr Ochola is among artisanal miners who have contributed to the spread of mercury use in the environment, though it is a controlled substance that cannot be sold over the counter.

A 2013 report by the Global Mercury Assessment indicates that artisanal and small-scale gold mining is the largest source of mercury emissions (37 per cent), followed closely by coal combustion (24 per cent).

In October 2013, Kenya signed the Minamata Convention on Mercury, joining the global efforts to prevent mercury pollution, which followed the 2000 treaty ratification of the Basel Convention on the Tran-boundary Movement of Hazardous Waste and their Disposal.

The laws ban new mercury mines and require the phasing out of existing ones and mercury use in some products and processes.

“Above all, it puts into regulation the informal sector of artisanal and small-scale gold mining, which Kenya is still trying to rein in,” says David Maganya, director of the I Hope Foundation, which works on the gold sector against mercury.

Mr Maganya revealed that men are often engaged in extracting the gold ores and other more physically demanding tasks, leaving the use of mercury in the last stage to women and children, a move that exposes them to serious health risks.

“Once the last gold amalgam with impurities is obtained, it is mixed with mercury in a cloth and squeezed even using their mouth and later burnt to get the final purity, which releases it to the air and body,” Mr Maganya says.

The World Health Organization (WHO) says mercury is toxic to the central and peripheral nervous systems.

“Mercury is corrosive and the inhalation of mercury vapour can produce harmful effects on the nervous, digestive and immune systems, lungs and kidneys, and may be fatal,” the WHO says in a statement on its website.

Miners have often complained of tremors, insomnia, memory loss, neuromuscular effects, headaches and cognitive and motor dysfunction after prolonged use.

“Mercury use in artisanal and small-scale gold mining is particularly hazardous, and health effects on vulnerable populations are significant,” the WHO said, calling for alternative means of extraction.

The Mercury Trade and Supply in ASGM Hotspots: Kenya Country Situation Report by the Centre for Environment Justice and Development said most women of childbearing age sampled had high mercury levels in their blood and some of them had started experiencing symptoms such as shaking of the hands.

It showed that over 50 per cent of sampled women of childbearing age showed higher levels of mercury in their blood.

According to Mr Maganya, mercury can pass through the placenta and the blood-brain barrier, meaning women of childbearing age exposed to it can pass the risk to unborn babies.

“Mercury can affect others who drink or even eat fish and crops from affected water as once mercury is released to the environment it takes hundreds of years to turn into sediment and is hard to break down,” Mr Maganya said.

Research published in the Journal of Geochemical Exploration in 2014 by a group of local and international scientists concluded that the level found in samples of soil and water was higher than those recommended by the WHO and Food and Agriculture Organization.

“We conclude that gold mining and other human activities in the Migori gold belt have led to the release of toxic levels of cadmium, lead and mercury which may lead to serious environmental health consequences in humans,” the report states.

“Impact of gold mining on the environment and human health: a case study in the Migori gold belt, Kenya” is another damning report that paints a grimmer picture of the situation.

In the report, Jason Ogola, a scientist with the South Africa’s University of Venda for Science and Technology, led other colleagues in collecting 50 soil and water samples from 11 mining sites in the belt.

The researchers later collected samples from a mining tilling centre in Nairobi’s Industrial Area and compared it to Migori’s two largest sites at Macalder and Mikeyi, both in Nyatike sub-county. They found them to be 14,472 percent and 2,426 percent more respectively, a mind-boggling figure for a rural centre.

During dry seasons, a miner uses between 150kg and 200 kg of mercury monthly for gold extraction.

Out of this, about 40 percent are lost during panning and 60 per cent during heating to the environment. Nema Migori county director James Siaji said mercury is hard to control as miners assume that because it is used in small quantities it is not dangerous.

“We have sensitised them to use protective gear and sink communal tanks and seal with waterproof cement to avoid seepage and perennial overflows.”