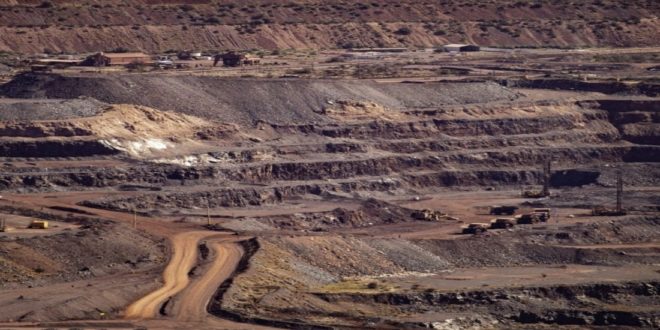 Owners of Mining Companies at Loggerheads over missing money

The boardroom squabbles pit two families against one another, perhaps setting the stage for a bitter finish for a company that has evolved into one of Kenya’s leading miners and suppliers of limestone, gypsum, and pozzolana over the last 50 years.

On one one, Sher and Arjit Varma, the children of Athi Stores’ founders, claim they have been locked out of the company’s business and books of accounts.

The Varmas have sued Athi Stores seeking a court order for a forensic investigation into the company, and to hold executive director Shammit Ghai responsible for any missing or misappropriated funds flagged by the scrutiny.

And the other corner has brothers Shammit and Rajan Ghai, who bought Athi Stores shares in 1996 when the Varma family was looking to expand its operations.

But even as the wrangles continue, the Kenya Revenue Authority (KRA) is seeking to attach Athi Stores’ assets to recover over Sh5 million in unpaid taxes.

A group of workers has also threatened to sue the company for failing to pay terminal dues totalling Sh60 million. Some of them claim to have served the company for more than 30 years but left empty handed.

They fear that Athi Stores could be sold or it may wind up its operations before the workers are paid, and have written to the firm demanding settlement of the dues.

Sunit, Reena and Shamit Varma claim they have only been able to obtain books of accounts for the years 2008 to 2016, and that the documents revealed how the Ghai brothers allegedly siphoned Sh2.5 billion from Athi Stores.

Shammit Ghai, the executive director, claims the Varma family has a bone to pick with him for scuttling their plans to sell a portion of Athi Stores’ land to Bamburi Cement.

The land Athi Stores mines was charged as security to Standard Chartered Bank for a loan in the 1990s and the Varmas were unable to keep up with repayments.

The Varmas at the time sought another loan from KCB and repaid the Standard Chartered debt with some of the proceeds. Athi Stores was, however, back to square one as it could not keep up with the loan repayments to KCB.

In 1996, the Varmas opened up the company to other investors so that they could raise cash to lower Athi Stores’ liabilities of Sh250 million. Of this amount, KCB was owed Sh101 million.

Investors came in with some conditions, such as incorporation of two other companies – Sparetech Trading Company and Athi Minerals – to become the parent firm in the mining operations.

It was also agreed that 20 acres of the land would be specifically registered to Athi Stores, which the Varmas insist has never been done.

In 2002, Mr Puri resigned after claiming that Mr Ghai had been interfering with company accounts and embezzling funds.

Mr Puri, an uncle of the Varmas, died in 2018. Despite his differences with Mr Ghai, Mr Puri had been pushing for a quiet and peaceful resolution to the dispute. After his death, the Varmas filed a complaint with the DCI, accusing Mr Ghai of fraud and forgery to falsely obtain Sh2.5 billion from Athi Stores.

The Varma family now says their analysis of Athi Stores’ books of accounts show that Mr Ghai embezzled Sh1.5 billion by disguising irregular fund releases to himself as petty cash. They add that the other Sh1 billion was transferred from Athi Stores’ accounts to Mr Ghai for personal use.

Athi Stores paid Uniken Sh661 million between 2008 and 2015, with the Varmas now saying the payments were made without any supporting documents.

The Varmas add that Mr Ghai diverted Sh76 million from Athi Stores to two companies he owns in the UK – Essar and Interken Freighters. Other payments totalling Sh140 million have also been flagged.

The Varmas insist that there was a conflict of interest on Mr Ghai’s part by owning a company offering services to Athi Stores.

“Over the years all the company affairs were conducted in a cloud of secrecy by Mr Ghai with very little information being available to all shareholders and directors contrary to established law and principle,” Shamit Varma says in court papers.

“My uncle Mr Puri and I constantly tried with no avail to amicably resolve the issues. The wholesome and cumulative effect of the conduct by Mr Ghai runs counter to the fiduciary duty bestowed upon him and that any liabilities thus occasioned to the company can be indemnified if any wrongdoing on his part is unearthed.”

Mr Ghai insists that Shamit Varma tried to sell the 20-acre land to Bamburi Cement. Mr Ghai adds that the Varmas failed to adhere to some conditions in a memorandum of understanding signed by the family and investors who bought into Athi Stores in 1996.

The case between the Varmas and Mr Ghai is pending before Machakos High Court Judge George Odunga.