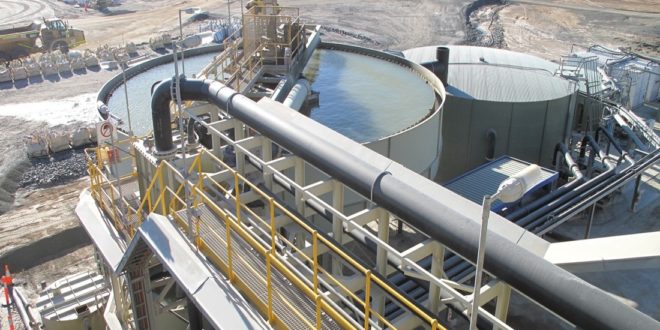 Rwanda looks to mining to Shore Up Forex Revenues

Rwanda Officials are now looking at mining with the expectation that the sector will be able to boost the country’s economic recovery in the medium term.

The country is looking at ways to increase the production of minerals to attract more foreign exchange earnings after the Covid-19 outbreak, which has harmed the sector’s fortunes.

Mining is the second-largest export revenue earner in the country, just behind tourism.

But tourism has been hit harder than any other sector due to the pandemic, and there is slow activity despite resumption.

“We are trying to figure out what new measures can be put in place to have additional momentum in the sector to get productivity to increase,” Francis Gatare, the Chief Executive of Rwanda Mines, Gas and Petroleum Board (RMB) told The New Times.

He added that they are also puzzled with getting additional export revenues to come into the economy, and to make the mining sector have the weight-lifting that is required to kick-start the economy.

Gatare and his fellow senior officials at the Mines Board were meeting mining companies in Kigali on Monday, October 19, as part of a countrywide tour they have started to meet all operators.

The mining sector generated somewhere around $202 million from mineral exports in 2019, according to the Mines Board, but the pandemic took a hit on mining and mineral trading activities.

Restrictions of movement of people in export destinations like Europe, Asia and America also forced demand of minerals to go down, leaving many miners with no business.

According to Jean Malic Kalima, the chairperson of Rwanda Mining Association, most companies have resumed operations.

“There is no question that most of the mining activities resumed despite the Covid-19 pandemic, but we are asking the government to advocate for us to get financing for mineral processing activities,” he said.

As Kalima says, it’s not unusual that the sector receives limited funding.

Exploration and mining activities in the country remain inadequately funded, despite continuous efforts by the Government to showcase the sector’s potential.

The National Bank of Rwanda (BNR) statistics show that the mining sector continues to receive the smallest share of loans from the banking system.

The sector received 0.1 per cent in 2016 and 0.2 per cent both in 2017 and 2018, which reflects a low level of willingness of the traditional lenders to invest in a sector that the country places much of its hope.

A recent assessment by the Mines Board shows that companies that resumed activities had reached what is estimated to be 80 per cent of operations from pre-Covid status.

Gatare highlighted that they were meeting business people to understand how scaling up can be done so that companies in the mining sector can reach 100 per cent of pre-Covid operations and beyond.

Already, he said, they are “seeing productivity increasing by looking at the export revenues coming into the country.”

“We are also seeing renewed momentum among the operators because they are seeing possibilities for them to contribute significantly to our economy,” he noted on the sidelines of the meeting.

The international market has also rebounded.

“What was initially a negative dive of international prices have now been rising, and that is giving momentum to mining operators to even produce more and export,” Gatare said.

The pandemic has taken a heavy toll on Rwanda’s key export minerals including what is known as the 3Ts – Cassiterite (tin), Wolfram (tungsten), and Coltan (tantalum).

In January and February during the beginning of the pandemic, exports revenues from 3Ts decreased by 30.9 per cent due to the drop in international commodity prices.

Officials at the Rwanda Mines Board, Gas and Petroleum Board say they are now seeing more people asking for licenses and permissions to carry out exploration activities in mining.

At the same time, there is increased interest in accessing finance and investment from players who want to get into the sector, and as the Covid-19 situation eases around the world, there’s hope to see capital flowing.

According to the recent resumption of international flights, we have seen investors beginning to come to Rwanda.

Rwanda will host a regional mining conference in November, and the country targets to showcase the potential of mining prospects to appeal to investors and be able to raise additional funding.

“We are very optimistic of the contribution of the mining sector in the recovery of post-Covid-19,” he noted.

The government was targeting to fetch some $600 million in 2020, and Gatare insisted that they are likely to achieve that target despite the pandemic impact. “In any case, we shall not go below $500 million.”

For mining operators like Jean Marie Vianney Faida of Blue Change Mining, cooperation among countries in the region is key to unlock regional markets for minerals.

“I think as the country we are no longer talking about Rwanda and the world, we are talking about cross border trade,” he said in a phone interview. “It is critical the government forges cooperation with countries in the region to pave way for mineral trading across borders.”