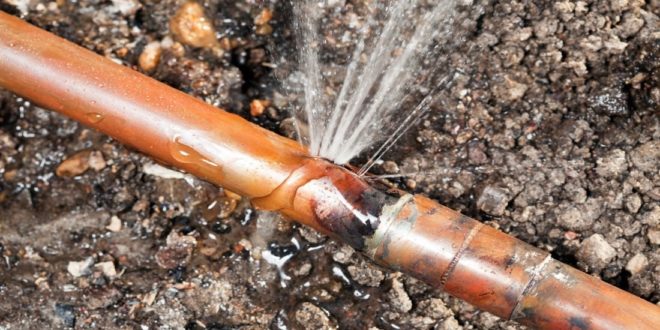 The annual rainy season in March – June, in conjunction with climate change, is a major concern for Kenyans across the country. Dirty flood waters rendering the roads unusable, and submerging residential areas, are expected again this year, and experts warn that better waste management, urban planning and warning systems are needed to help protect citizens.

So says Simon Thomas, an international consultant and board member of Megapipes Solutions Limited which provides sustainable stormwater, sanitation and flood alleviation solutions throughout Kenya and East Africa.

“The lack of adequate drainage and sanitation systems in Kenya has been well documented, however, not enough attention is being paid to how the sewerage systems have been designed and set up, or where excess water ends up,” he says. “Compounding the problem, there are multiple settlements that do not have adequate sewerage and sanitation services that edge onto Nairobi’s three main rivers, namely Mathare, Ngong and Nairobi.”

According to him, citizens who live in flood-prone regions are in danger of losing their homes, their livelihoods, and even their lives. “And it’s always those living under the poverty line that are most vulnerable and need the most help and support in the event of such a disaster.”

He says in the past few years, many regions in Kenya have had above-normal rainfall, resulting in flooding across the country. “To lessen the potential impact of floods, the government has to map out and implement strategic plans to address flood disaster risk. These plans must pinpoint the projects and initiatives that are needed to manage and prevent floods.”

Currently, many densely populated formal and informal settlements in Kenya employ open drainage channels, which are used to discharge rainwater, to address the problem. However, Thomas says while drains can help prevent flooding, when they are left open, they can easily become clogged with solid and domestic waste, making the problem far worse.

“Moreover, multiple environmental hazards go hand in hand with open drainage channels, including groundwater contamination, a slew of easily preventable diseases, a lessening of soil productivity, and the contamination of vegetables and crops.”

Unfortunately, building exposed drainage systems has been around for decades and has become the norm. “Various regions in Kenya are prone to flooding, and at the same time, are notorious for blocked drainage systems. Also, town planners, do not seem to grasp the fact that open drains use land, which takes away space for pavements and walkways, forcing pedestrians, onto the streets and putting them in danger of being hit by motorists.”

The bottom line? Thomas says that if Kenya is to achieve its Millennium Development Goal for increasing access to water and sanitation this needs to be addressed as a matter of urgency.

Thomas says a wider implementation of properly engineered and sustainable drainage initiatives is required, which mitigate the effects of large amounts of rainfall coming down in urban areas. While other solutions exist, including putting in additional drainage ditches, these are unable to cope with significant rainfall or extreme weather.

However, it’s not all doom and gloom. “At Megapipes, we understand there is an urgent requirement for better systems that would be able to cope with larger volumes of waste and stormwater, particularly in fast-growing urban environments. With this in mind, we conducted studies into new large diameter pipe technology, already widely used with big success in other parts of the world. Megapipes Solutions made the visionary decision to opt for Weholite HDPE structured wall pipes, manholes, chambers and tanks, which address Kenya’s need for sustainable water systems.”