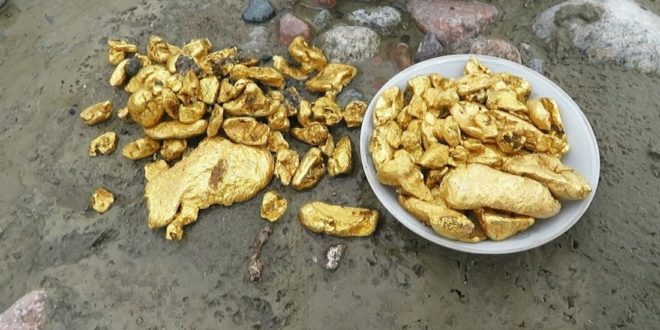 Tanzania is reaping the benefits of its enormous mineral resources

Tanzania is reaping the benefits of its enormous mineral resources thanks to important operational reforms done by the State Mining Corporation (STAMICO).

Since its inception in 1972, the mining corporation has gone from strength to strength, reducing its reliance on the government from 100% to only 22% now.

Dr Dotto Biteko, the Minerals Minister, revealed this in Dodoma recently when discussing the ministry’s accomplishments, problems, and plans as the country approach its 60th Independence Anniversary next month.

According to Dr Biteko, STAMICO has recently undergone a major operational revolution, boosted production, built a strong business base and reduced direct dependence on the government. Such achievements are owed to the various partnerships entered with investors on behalf of the government, something which has led the corporation to cut dependency from 69.7 per cent in the financial year 2018/19 to 22 per cent (2020/21).

“It is clear that the corporation is currently doing well and this can be reflected from its sources of acquiring profit…STAMICO has managed to contribute 3.3bn/- to the government coffers. The company paid 1.2bn/- dividends in the financial year 2020/21 and 2.1bn/- contribution for two consecutive years,” said Dr Biteko.

The minister hinted that over the years, STAMICO has recorded various achievements in service delivery including securing mining contracts in the country’s major mines such as Geita Gold Mine (GGM), Buckreef Mine and Tanzania Geothermal Development Company (TGDC) worth 20bn/- value.

He said, for the first time in the country’s independence history, a large gold refinery factory christened Mwanza Precious Metals was opened jointly owned by the government through STAMICO and partners from Dubai, UAE and Singapore. He pointed out that the factory possesses international standards whereby gold can be refined to 99.9 purity and can clean up to 480 kilograms in a single day and can be expanded to reach 960 Kg depending on availability.

“In this project, STAMICO owns 25 per cent shares and the partners own the remaining 75 per cent. However, STAMICO shares will increase by 5 per cent every two years, until they reach 51 per cent and 49 per cent for the partners. The corporation is not going to incur any cost for the shoot,” he noted.

In addition, the government through the corporation in 2014 established a subsidiary called STAMIGOLD Company Limited to operate and manage the Biharamulo Gold Mine.

These relocations included processing plants, mining sites, mining camps, and Special Mining Licence. He revealed that from the project, STAMICO owns a 99 per cent stake and the Treasury Registrar’s Office owns a 1 per cent stake, making 100 per cent ownership by the government.

Dr Biteko added that “Since its inception, the STAMIGOLD has created employment for more than 600 Tanzanian youths including those directly employed by the mine and the various contractors.” On the other hand, STAMICO and its partners have embarked on the development of the Buhemba Gold project in Mara region.

According to preliminary research, the Buhemba gold project is estimated to have about 600,000 ounces of gold and is expected to increase after the completion of additional rock excavations.

“A joint venture company called Buhemba Gold Company has already been formed and activities are currently underway including clearing the plant site as well as the construction of infrastructure such as labour camps, roads and other important infrastructure after the mine is licensed,” he touted.

On the other hand, Dr Biteko spoke about the Geological Survey of Tanzania (GST) whose main functions are to conduct surveys on mineral explorations and the coordination of natural geological disasters in the East and Central African region.

He observed that during the 60 years of independence GST, so far has achieved 96 per cent national recognition of geology nationwide. Similarly, as part of efforts to improve access to, storage and dissemination of information, GST has successfully improved its geoscience and data distribution system.

The introduction of these systems has greatly facilitated access to and dissemination of this information to stakeholders. Despite these successes, GST in collaboration with development partners has successfully conducted various studies in the mining and geological sectors, which are completing the preparation of countrywide Multi-Element Geochemical Maps.

“GST has successfully researched the Helium Gas mineral strategy where the study has identified new areas in the northern hemisphere. According to research reports on the gas, Tanzania has an estimated 54 billion cubic feet of helium gas, which exceeds the United States with 24.2 billion cubic feet,” said the minister.

In line with these achievements, he said GST believes that access to accurate geological information through various studies will enable the government’s target for the mining sector to reach 10 per cent in contributing to the Gross Domestic Product (GDP) by 2025.