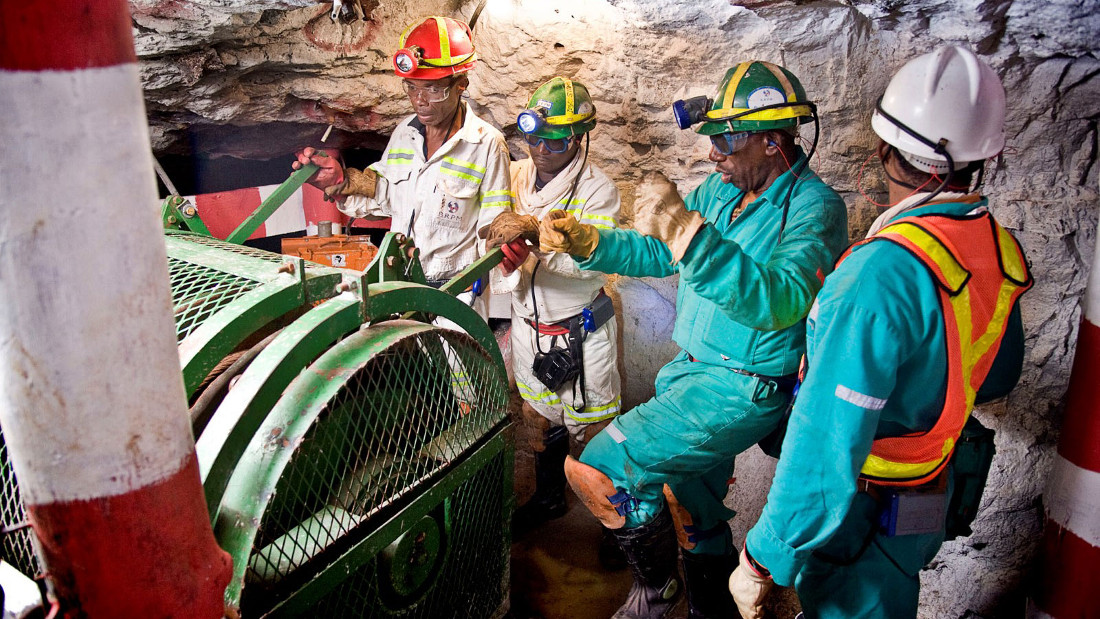 Top 40 miners recover from a race to the bottom

EAM News June 8, 2017 International, News Comments Off on Top 40 miners recover from a race to the bottom 659 Views

This comes at the backdrop of bolstered balance sheets and a return to profitability in 2016, giving mining companies much-needed space to pause and draw breath.

The report outlines the new opportunities and hazards on the horizon – and the impact of intransigent or innovative activity.

“The narrative of the Top 40 in 2016 tends to read like a mine site safety mantra: Stop. Think … Act. The industry has moved out of danger but 2016 was not a year of significant action, and we now wait to see who will be bold and step out beyond the fluctuating market confidence,” said Michal Kotzé, Energy, Utilities and Mining Industry Leader for PwC Africa.

The report analysed 40 of the largest listed mining companies by market capitalisation.

The financial information for 2016 covers the reporting periods 1 April 2015 to 31 December 2016, with each company’s results included for the 12-month financial reporting period that falls into this time frame.

In addition, the number of emerging companies included in the Top 40 has decreased by two and now totals 17.

“There were seven new entrants from the previous year, five of which had made appearances on previous rankings in either 2014 or 2015. First Quantum and Teck Resources re-emerged on the 2016 list after strengthening their financial positions,” reads the report.

The report also recognises a return to profitability in 2016, with an aggregate top 40 net profit of $20 billion; after an aggregate loss of $28 billion in 2015. The improved fortunes of the industry were then directed to strengthening balance sheets.

Overall the market capitalisation of the top 40 increased in 2016 by 45 percent to $714 billion, approaching the 2014 level. This was mainly due to rising commodity prices.

Meanwhile revenue from the top 40 remained relatively flat – up just one percent from the previous year’s sum of $491 billion – despite a rebound in commodity prices, particularly coal and iron ore in the second half of the year.

Capex fell dramatically again, by a further 41 per cent, to a new record low of just $50 billion.

After hitting a near-record in 2015, impairment charges tumbled last year to a less-alarming $19 billion.

The debt repayments totaled $93 billion, up from $73 billion a year earlier, with most of the debt issued to refinance, rather than fund acquisitions or mine development.

“We see an improved gearing ratio of 41 per cent, down from the 2015 record of 49 per cent. But this is still well above the 10 year average of 29 per cent. Interestingly, we also found that around half the capex figure was invested in sustaining activities, so the growth capital portion was strikingly small compared with previous years,”  said Kotzé.

On the other hand rapidly rising commodity prices sparked renewed market optimism and improved credit ratings across the top 40 firms -valuations also climbed, especially for the traditional miners, with the trend continuing through the first quarter of 2017 even as commodity prices remained flat.

However, the report says there is little to suggest that the group made any substantial advances throughout the year.

“For the fourth consecutive year, the industry reduced spending on exploration. $7.2 billion was invested in 2016, barely one-third of the record $21.5 billion allocated in 2012, with the funds cautiously targeted at less risky, later stage assets, typically located in politically stable countries.”