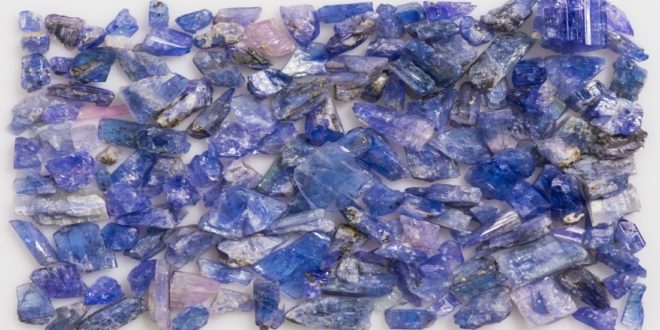 Govt Closes Down Tanzanite One Mine

Grace Kisembo July 30, 2019 Business, News, Tanzania Comments Off on Govt Closes Down Tanzanite One Mine 2,797 Views

The government has temporarily closed mining activities of Tanzanite One Mining Limited (TML). The decision follows breach of some laws and rules and will pave way for some necessary amendments of the same.
The Deputy Minister for Minerals, Mr Stanislaus Nyongo said here that initial contracts were beneficial to some few individuals instead of focusing on all Tanzanians and the nation at large.Along with the closure, the minister has ordered the company to pay its more than 700 employees their salaries for the past 22 months, and said he felt pity for them for not being paid all that time.

The blue and violet variety of the mineral zoisit is only mined at Mirerani and not available in any other country. But it has come to pass that some countries were trading the minerals due to laxities, but the fifth phase government has since moved to rectify the situation. By starting with the construction of a wall around Mirerani, enforcing security and establishing mining centers.

Minister Nyongo spoke to workers as well as Simanjiro District Defense and Security Committee members as well as heads of different departments from the Headquarters of Mining Office and the regional office. He said the law, as it was, left some people in agony while others were benefiting.

“It is sad that you have not been paid, I therefore issue a three-month ultimatum to the company management to issue payments. You have persevered a lot, and I warn the company not to dismiss anybody because of speaking out the challenges they have been facing at the company,” he told the employees.

Earlier, TML Directors, Mr Hussein Gonga and Faizal Shaibhal, admitted that they had not paid the workers for a while due to a difficult situation they were undergoing.

Mr Shaibhal said they were in talks with the government and a potential shareholder whom they hope to partner with in mining activities. He unveiled that they expect to pay the workers within the next two-months after completion of some procedures.

The director asked the workers to keep on safeguarding the company resources as they are for all. Reports reaching the Sunday News’ disclosed that the mines have been closed for a while now but it was not made public.