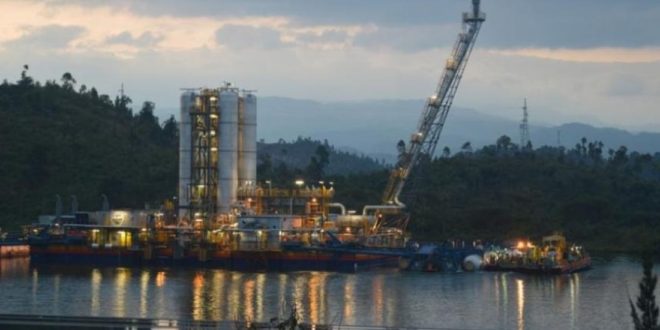 To boost production and accelerate recovery from the Covid-19 impacts, small-scale mining companies have begun the process of merging their operations into collective investment groups.

The Covid-9 epidemic wreaked havoc on the mining industry.

According to Narcisse Dushimimana, the Head of Mining Regulation and Inspection Department at Rwanda Mines, Petroleum and Gas Board (RMB), the merger is being tested in Muhanga District and, if successful, would be adopted across the nation.

“So far, the piloting is being carried out in five mining sites,” he said.

He said that merging will ensure that operators gain the financial and technical capacity to increase productivity.

“Two operators in one mining block of the selected five blocks have merged and licensed. Others are in the process and we are still assessing the feasibility,” Dushimimana said.

This means that the firms are getting a new shareholding structure.

With the merger, the government says it will be easy for mining firms to secure investors.

Rwanda has 113 mining companies and cooperatives of which 31 are in mineral exploration.

The miners are grouped into three categories; large, medium, and small scale miners.

Dushimimana said that the majority of the mining firms in the country operate on a small scale and use artisanal mining practices.

“Very few of them have standard machinery. There is still a long journey,” he said.

More than 30 small scale concessions have so far been identified and could be placed under new collective investment schemes.

Jean Malick Kalima, the Chairman of Rwanda Mining Association, told The New Times that results from the pilot phase will inform mining operators of their next move.

“The idea of consolidation is good but many mining companies still have the mentality to operate alone in their businesses,” he said.

Therefore, he added, what they will learn from the model in Muhanga District will inform them if it is feasible.

He reiterated that small-scale mining companies and cooperatives are struggling with limited investment capital and skills to boost productivity.

“There is a need to attract investors to join them to boost productivity,” he said.

According to Dushimimana, mining operators have been ordered to hire qualified technicians as a way of improving their operations.

“That is why if the small scale mining operators merge they can afford qualified technicians,” he said.

However, he said that some technicians are still being imported because the University of Rwanda and Integrated Polytechnic Regional Colleges (IPRCs) have not yet produced enough qualified technicians.

“The university is now working with mining companies to help students and graduates gain the skills needed on the labour market,” he said.

According to Joseph Butera, the Deputy Managing Director of LuNa Smelter Company, they have agreed with the University of Rwanda and IPRC to help produce the personnel with the skills required on the labour market.

The agreement seeks to promote skills development and prepare talents for the future workforce in the mining, geology and metallurgical field.

The programme, he said, is for students enrolled at the University of Rwanda.

Through the partnership, students of the University of Rwanda will be offered first-hand training through internship opportunities as well as getting an opportunity to work on joint research projects with a team of geologists and technicians.

“Professional development of the students will focus on implementing joint projects to encourage the interest of younger generations in the mining sector, increase the interest of students for engagement in exploration and mining projects in other parts of the World, joint research as well as drafting research projects among others,” he said.

Prof. Alexandre Lyambabaje, the Vice-Chancellor of, University of Rwanda, said that the partnership will ensure graduates come out with hands-on skills to serve the mining sector.

“The school of mining and geology will work together with the mining companies to train as many students as possible and make them ready for the labour market,” he said.

Rwanda’s mining sector export revenues grew up to $730 million, against an initial target of $600 million last year, according to official data from the Rwanda Mines, Petroleum and Gas Board.