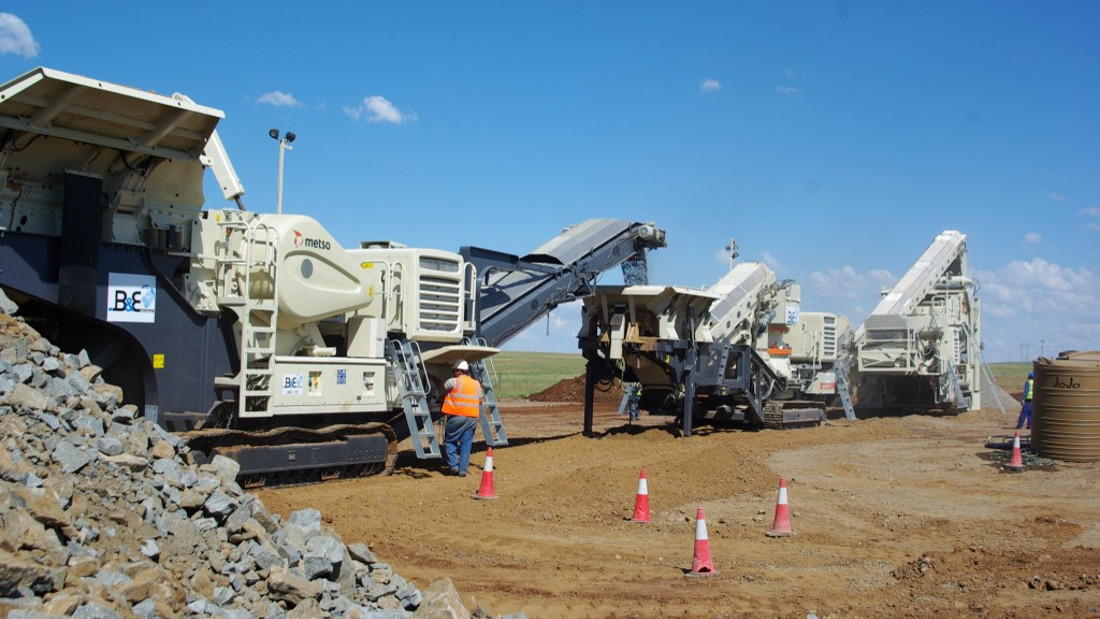 Global specialist in crushing and screening plants – B&E International has on offer a toll model that reduces the capital demands of mining entrepreneurs.

Chris Weideman, Director Operations at B&E International said many smaller operators – or those who are new to the mining business – often find it difficult to raise all the necessary capital for starting up once the feasibility studies have proved a project viable.

“They may also lack the in-depth expertise required to establish and operate a processing plant cost-effectively and efficiently; that is where we come in,” Weideman said.

Headquartered in South Africa, B&E International has permanent bases in Namibia and Botswana and has worked in countries including Uganda, Kenya, Tanzania, Malawi and Zambia, and has also sold equipment into the Democratic Republic of Congo.

He said for more than 40 years, B&E International has been developing its capacity to design, build and run process plants, and has the experience of operating in many countries, mostly in sub-Saharan Africa.

“We have engaged in a number of successful contracts where we undertake to design, construct and operate a plant on behalf of a mining customer, so that they can focus on other important aspects of mining,” said Weideman.

“We retain ownership of the plant and charge a toll rate depending on the production output.

This removes the financial burden of paying upfront for their processing plant, and reduces the risk of that plant underperforming to the detriment of the whole project.”

He says there is also the option for the customer to take back ownership of the plant after an initial five year to seven year period, where they would pay only the residual value of the plant based on an amortisation formula that could be agreed in advance.